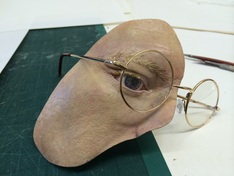 Historyonics' fourth production, written by Chris Hudson, was Broken Soldier, which was our entry in the 2014 Cambridge Drama Festival and was also performed at the Museum of Cambridge, followed by a Q&A with the writer, director and cast. The play is set in the First World War and follows one soldier’s attempt to rebuild his life after suffering a devastating facial wound. Robert’s missing eye and badly scarred face are too much for his sweetheart Sally to bear. When she leaves him, he finds a new purpose in writing poetry about his experiences in the trenches, and regains some measure of dignity with the help of sculptor Francis Derwent Wood and his ingenious work in the Masks for Facial Disfigurement Department. Broken Soldier is a moving, but ultimately uplifting story of the trauma suffered by so many of the soldiers of the Great War.

Special thanks for this production must go to Howling Hands, the London based prop making company who made the mask worn towards the end of the play by Robert. For more information, visit their website HERE 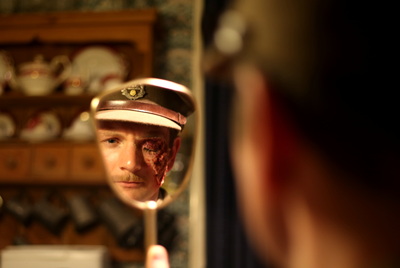 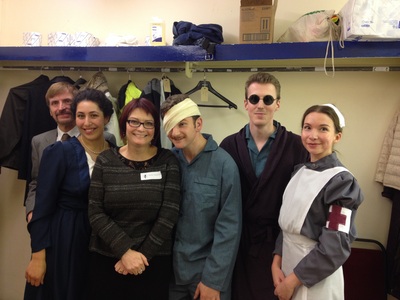 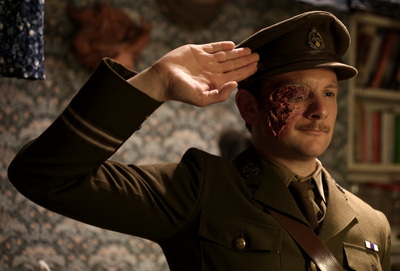